Q:  Where do the Braves play and practice?

Q: Who can play for the Braves?

A: All players on the 7U - 12U Braves roster must reside in the Ball-Chatham School District (BCSD). Students that live within the district but are home-schooled or attend parochial school outside of BCSD can still tryout for and play for the Braves. 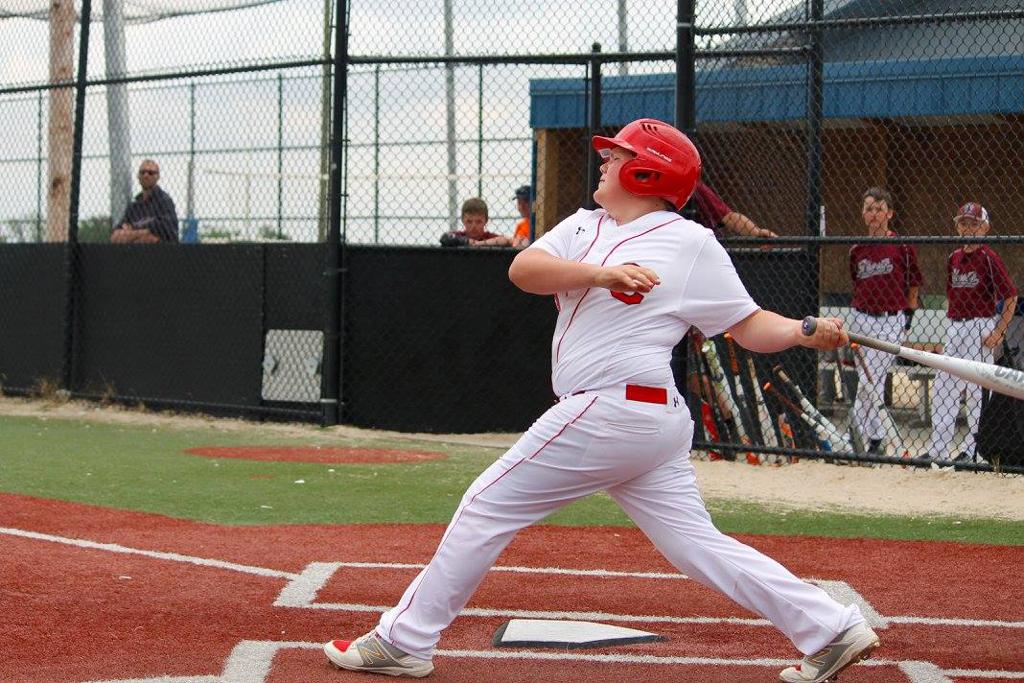 Q: How much does it cost to play for the Braves?

A: It depends on the age group, fundraising and coach discretion but generally parents can expect to pay around $200-$300 per player for the year (including uniforms).

Q: What should players bring to the tryout?

A: Players should bring a glove, bat and helmet. It is also recommended that they wear a hat and a protective cup.

Q: When are tryouts and what is the tryout like?

A: Tryouts are generally held in July at Chatham South Park. CBSI hires independent evaluators to come in and administer the tryout and scoring.

Results are posted here on chathamCBSI.com the following week.  A make-up tryout date generally follows the week after the original tryout date.

Tryouts are required at the 7U - 12U age group, but optional for age groups 13U and older.

Q: What age group should my son try out for?

A: Our goal is to keep classmates and school grades playing together, so teams are based on their grade in school as follows:

So, for example, if your son is going into the 4th grade the school year immediately following the July tryout, he would try out for 10U.

Your son MUST try out for their school grade as outlined above. But if they also qualify based on their age to play the age below their grade (i.e., they have a birthdate AFTER May 1st), they may choose to try out for that age group as well.

Q: Can my son "play up" an age group for a Braves team for an entire season?

A: It is almost always best for players to play a summer season with their classmates against kids their age.

If a Braves team is short on players for a game or tournament, a younger player may "play up" as a substitute .

*Although not ideal, under extenuating circumstances playing with an older team will be allowed. Please contact League Commissioner and Competitive Baseball Director with questions.

Q: How many games/tournaments do the Braves play each year?

A: It depends on the age group, but generally each team will play three FREE CBSI-sponsored tournaments each summer at home in Chatham.

Typically, all other age groups play in additional 5-7 tourneys (7-10 tourneys total) around Central Illinois,  and in some that involve overnight weekend travel with a hotel stay.

All teams also play additional games or participate in a League, at the coaches discretion.

Please note that age 15U and older Braves teams cannot start until the completion of the high school season in late May or early June.

Q: When does the Braves season start and finish?

A: Practices for the spring-summer season typically start in early February at an indoor facility selected by the head coach.

Some coaches may choose to play a light "fall ball" schedule as well after the team has been selected during the tryout process.

Q: Can a player REPEAT a tryout on the makeup night?

A: No, each player is allowed one tryout per year.

A: It is encouraged that parents do not watch, cheer, etc. at the tryout, especially engaging in any "Coaching" from the fence. It's recommended to tell them good luck and step away to let them complete their tryout.

At the discretion of the CBSI board, parents may be asked to attend a tryout parent meeting to go over expectations about next steps.